Lee Breckenridge has been teaching golf for 45 years, 30 years in the Santa Clarita Valley and has given over 75,000 private lessons to golfers of all age and skill levels.

Simply put, Lee Breckenridge is the strongest, most successful and sought-after golf instructor in Santa Clarita, Lancaster, Palmdale and all of northern L.A. For over 45 years Lee has been helping golfers of all ages – from kids to well-established professional golfers. His skill and experience speak volumes, and result in amazing performance. But it’s his true and genuine love for the game and sincere friendship with his students that he takes pride in.

Lee taught Jason Gore when he was an All American and Walker Cupper at Pepperdine and when he first made it to the PGA Tour. He is responsible for propelling his students to many college scholarships in the last few years including Columbia (Ivy League), Nevada Reno, Fresno State, UC Riverside, California State University Northridge, California UC Berkley, Chico State University, Seattle University, California Baptist and others. Currently he is working with many students who are in line for receiving scholarships in the next few years.

There have been many Junior World Qualifiers and multiple high finishes in AJGA events. Recent golfers have been first team all WAC conference and first team in the Ivy League. Adult golfers have won championships at Vista Valencia, Valencia Country Club, Crystalaire Country Club and Antelope Valley Country Club. He also teaches many mid level golfers and beginner golfers.

There are two important factors that a student should look for in an instructor: Experience and success. Lee holds both of these traits. 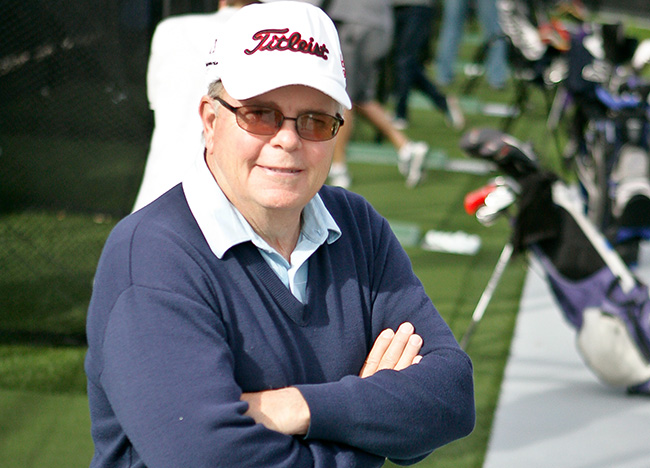 “I believe anyone who knows me will say that I am very passionate about every one of my students. I am still excited to go to work every day and help people get better at this wonderful game. I feel my students think of me as patient and an encouraging teacher and mentor”

Time To Improve Your Golf Game!

Whether you’re a beginner or an experienced player, Contact Lee today about private indoor golf lessons.

Lee Breckenridge teaches private lessons at the beginner level to the professional level. Novice or skilled, Lee can drastically improve your swing and game. Coach Lee offers professional golf lessons in all of the Santa Clarita Valley, Antelope Valley and San Fernando Valley, including the cities of Santa Clarita, Palmdale, Lancaster, San Fernando, and Los Angeles.